a blog of short and medium length ttrpg thinking posts

Alright, without further ado here is the mechanical skeleton of my 3eish rules. This does not include any character options or combat-specific rules, other than a brief description of how attacks work. It also doesn't include rules for equipment, adventuring hazards or any kind of magic or special abilities. It is literally just the resolution and injury/endurance parts of the system. 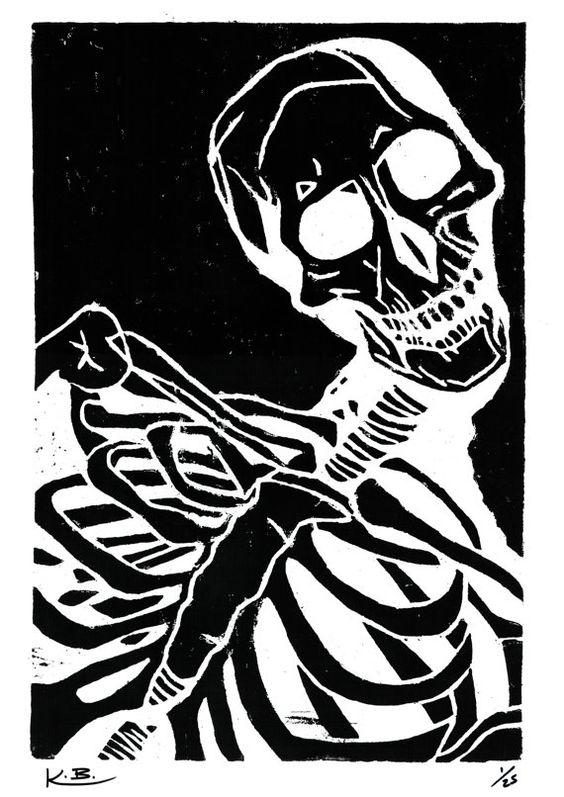 A character is any creature with one or more levels. Levels represent experience and readiness to face dangers. Characters' abilities depend both on their nature — what kind of creature they are — and on what character classes their levels are in. Different classes have different strategies to face danger. Characters can take their levels in one class or in several; levels in each class are tracked separately.

Characters with the same nature and class levels can still be quite different from one another.

When a character tries to avoid harm or do something difficult, the DM usually requires a d20 throw. The rule is to roll a d20, add any bonuses that apply to the situation and compare to a difficulty rating, which usually ranges from 2–10. Most throws are governed by a specific attribute and add that attribute's bonus to the roll. Other bonuses can come from the character's equipment, skills or other assistance.

When someone is in some kind of immediate, impersonal danger, they get to make a saving throw to avoid it. A successful save minimizes the harm. There are four kinds of saving throws, governed by different attributes:

Depending on their class levels, characters will have additional bonuses to specific saving throws.

The difficulty of an attack is 2 (or 3, if the attacker is unfamiliar with their weapon) + the number of layers of armor they have. The difficulty of ranged attacks is usually adjusted based on the Size of the target, distance to them and any cover they have.

A successful attack might be checked (usually dealing no damage) by a defensive action like dodging or parrying. A character can only defend if they are on-guard and the attack succeeded by their Dexterity bonus or less. For example, when a warrior attacks Jirel, who is wearing chain over padded jack, the difficulty is 4. The warrior needs a total of 12 to succeed, so if he rolls an 11 and adds 4 (for a total of 15), he succeeds by 3. Jirel has a Dexterity bonus of 4, so she can fend off the attack if she is on-guard and can react.

If an attack is successful, roll dice depending on the weapon to determine how much damage is dealt. Unless otherwise noted, add the attacker's Strength bonus to the damage roll. Subtract damage from the target's hit points; if there is any damage dealt or left over once a creature runs out of hit points, they suffer a Wound.

For most other tasks, a success means significant progress and a failure means the situation gets worse in some way. If there is no risk of the situation becoming worse, and characters can simply try again and again, there is no need to make a throw. Otherwise, having time to make extra attempts adds a +2 time bonus for each additional try possible.

If a task is not specified and depends on one's physical condition, it uses Strength. Otherwise, it uses Intelligence.

Hit points abstract the ability to come away from harm with only a few cuts and bruises, rather than serious injuries. They represent a creature's determination, luck and overall health.

When a character sets out on adventure or has adventure thrust upon them, roll all of their hit dice. Treat a character's Constitution bonus (or the highest possible roll for the die, if lower) as the minimum roll of any hit die.

If time is limited, a creature cannot naturally gain more hit points than their Constitution bonus or character level (whichever is higher) for each day of rest. Any strenuous activity means no natural healing takes place that day.

Injuries are more serious than the loss of hit points; they reduce attributes. An injury that reduces an attribute to zero kills the creature. Adjust the injured attribute's bonus to one-third (rounded down) of the reduced score.

A season after an injury, a creature that succeeds a difficulty 5 Recovery save may regain up to 1d3 points of the lost attribute. Adult and young creatures can try another such save a month after the injury, and young ones can try another save a week after the injury. If the allowed saves do not regain all the injured attribute points, the remaining points are lost. Only magical restoration can recover them.

Unless otherwise noted, physical damage and burns cause Wounds when a character is helpless or has no hit points left. Each Wound injures a creature's Strength by 1d6. A convalescent gets separate Recovery saves for separate wounds (but there is no need to track the Strength reduction for different wounds separately).

A creature who is not killed outright by a Wound must make a Recovery save whose difficulty is 2 + the number of Wounds they have taken. On a failure, they are mortally wounded and the DM judges how long before they expire based on how they were wounded. On a check, they lose consciousness.

Less-lethal attacks and exhaustion deal subdual instead of damage. Subdual does not reduce a character's hit points; instead, keep track of how much subdual a character has taken.

A few minutes' rest and a draught to drink removes subdual up to one's Constitution bonus or character level (whichever is higher). At least an hour's rest and a meal to eat removes all of a character's subdual.

Whenever one loses hit points or gains subdual so that they have more subdual than hit points, they need to make a Fortitude save to remain conscious. Its difficulty is 2 + the number of such saves they have had to make since they last rested.

The length of unconsciousness depends on how bad a character's condition is. As long as one has either more hit points than they could recover in a day or less subdual than their Constitution score, they can come to after a few seconds. Otherwise, it takes a few minutes. Losing consciousness for more than a few minutes at a time is a sign of either magic or serious injury.

One can go without:

...equal to their Constitution bonus; use their Constition score instead if they are not completely deprived (bad air, half-rations, interrupted sleep). Every further increment forces a Fortitude save with a difficulty of 2 + the number of throws required so far. Unless the save is successful, the deprived creature takes 1d6 subdual. After falling unconscious from deprivation, one must successfully save or lose 1d6 hit points instead.

While deprived, a creature does not naturally gain hit points or recover subdual.

Exercise is exhausting. A creature's Constition score is the number of:

...that they can do before making an athletics (Strength-based) throw with a difficulty of 2 + the number of throws required so far. On a failure, they take 1d6 points of subdual. After falling unconscious from exercise, one who is roused to exercise more loses 1d6 hit points on a failed throw instead.

A few minutes' rest and a draught to drink cuts the effective amount of exercise since one's last rest in half; at least an hour's rest and something to eat lets one continue to exercise completely refreshed.

A creature's Load rating is the number of significant items, about 2$ndash;4 pounds, that would burden them. Characters have a Load rating equal to their Constitution bonus plus a bonus depending on their Size. Creatures with more than two legs are considered one point larger when determining their bonus.

A character can push or drag about a number of pounds about equal to their Strength score plus their Load bonus, times ten.

Hot conditions double the effective amounts of all kinds of exercise except swimming by half, and extreme heat triples them. Wearing armor or heavy clothing makes hot conditions extreme and causes one to lose 1 hit point every hour in extremely heat. One needs to cool off and drink double or triple the amount in heat or extreme heat to benefit from rest.